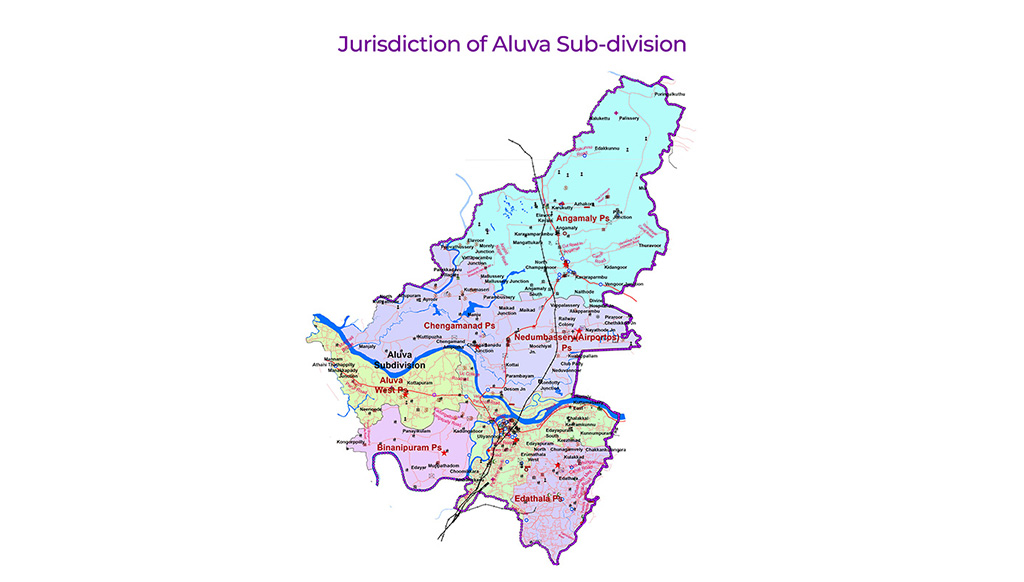 The Aluva Sub Division was formed in the year 1967. The present Sub Division office was constructed in 2004 and office started functioning from 17.12.2004. The sub division is consisting of 7 Police Stations and two traffic units ( Aluva & Angamaly ).The National Highway passes through Aluva East, Nedumbassery and Angamaly Police Station at a distance of 30 km from Muttam to Karukutty. There are 7 police stations in Aluva sub division. In addition, there are 2 traffic units and a control room under the Aluva and Angamaly police stations.

Office of the Aluva Police Sub-division 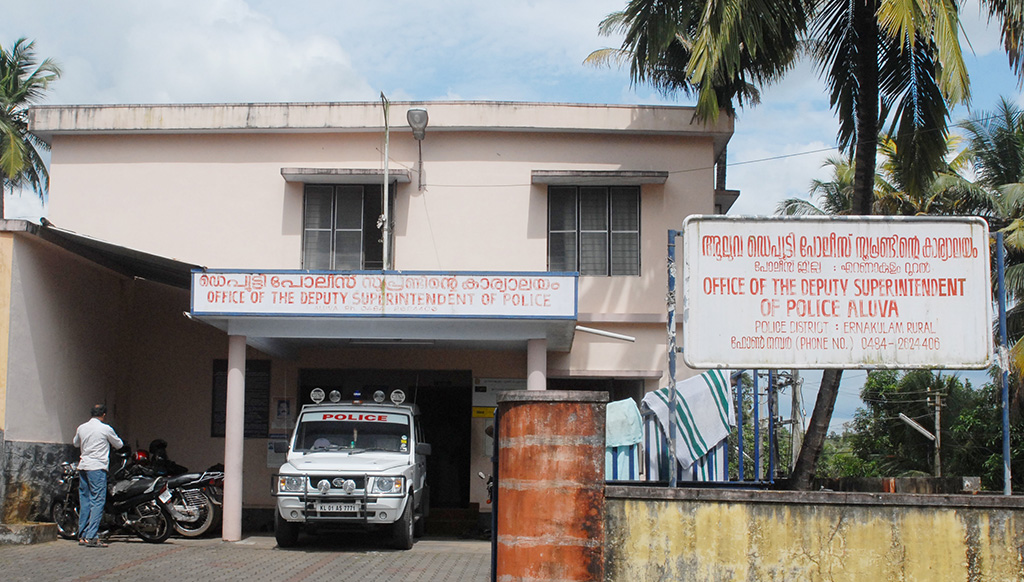